A SHOW THAT WILL MAKE SPIRITS! 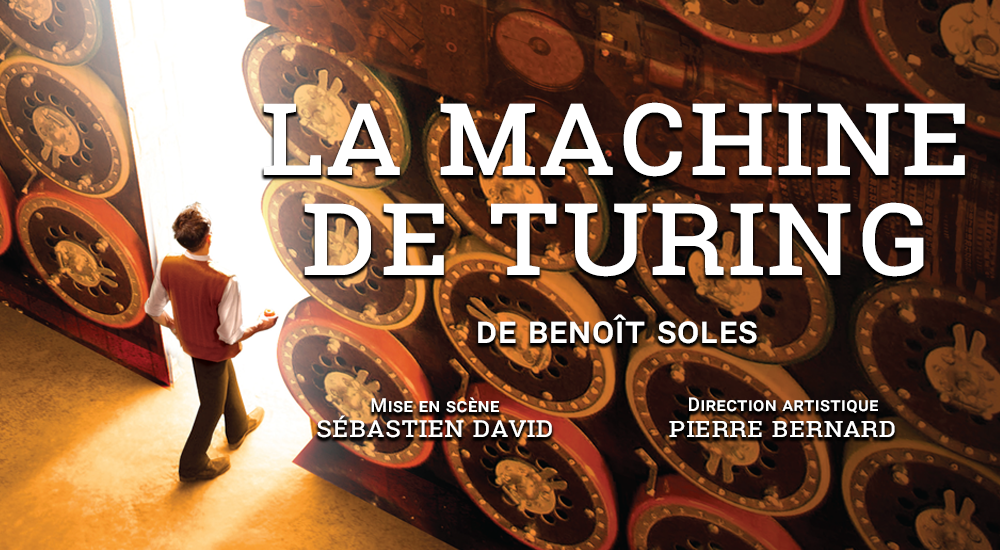 Directed by Sebastien david with Pierre Bernard to the artistic direction

This play written, directed and performed by Benoit Solès has won
4 Molières in 2019. The Molières awarded are those for best show, author, actor and best director.

You have certainly seen or heard of the film "le jeu de l'imitation", the French version of "the imitation game" starring Benedict Cumberbatch. If so, then the story of’Alan Turing has no secrets for you.
If your memory is uncertain, the Turing Machine is the incredible fate of Alan Turing, the English mathematician who broke the German secret code "Enigma" in WWII. To do this, Turing created a machine that would turn out to be the first computer.

Forced into silence by the secret services, he was convicted of homosexuality, before committing suicide.

In Quebec, the role of Alan Turing will be performed by four actors including Benoît McGinnis and Etienne Pilon. Benoît no longer really needs to be introduced, his interpretation of a strong role like Britannicus, Caligula or Hamlet to name a few, make him one of the leading actors of his generation.